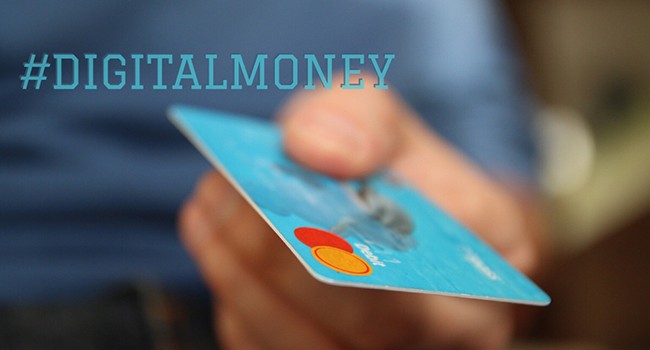 People all over the world have increasing left cash behind for the convenience of electronic payments.

Cash has been replaced by digital payments as the dominant payment method in many developed countries. ATM and cash withdrawals during debit card transactions for example, have fallen to 15 year lows in Australia. And whilst consumers in the US still like their cash, only a quarter of daily transactions are done the old way.

The trend is clear and it s easy to see why. Digital is convenient, simple and accurate. There s no insecurity about carrying too much cash, there’s no worry about not having enough in your wallet or having large notes that won t be accepted. Contactless cards, online shopping and innovations like Apple Pay have accelerated the trend in the last few years and many people barely carry any cash at all any more.

But there s a negative side to this change, digital forms of payment fundamentally change our relationship with money. When you pay someone in cash there s a negative connotation, you re giving something up, your purse or wallet gets lighter. But when you pay with a card there s nothing negative, you see the Transaction Approved message and you get your goods, it s instant gratification. Credit separates the negative experience of handing over hard earned money for your purchase even more as you don’t need to pay it back for weeks. months or even years! And here lies the problem. With cash if you don t have it then you can t buy it, that’s very hard and direct feedback. Credit on the other hand encourages us to overspend, is just too easy not to.

The debt numbers keep edging up with no sign that it will slow, the Trades Union Congress (TUC) recently estimated that the average non-secured loan debt (which means it doesn’t include mortgages) for households in the U.K. is at an all time high of over 13,300. And according to Nerd Wallet the average debt in America just on credit cards(!) has gone up 11% in the last decade and is now more than $16,000 per household.

Dedicated budgeters, followers of blogs like Mr Money Moustache and Root of Good will know that spending above your means is a cardinal sin. Its money you don’t have so don’t spend it, for those of you who do get tempted you pay far more than you know for the convenience. Interest never sleeps, it will chip away constantly at your wealth a little at a time, you’ll hardly notice but you will feel the stress as ends become harder and harder to meet.

There’s hope though, just as technology led many of us into this situation, it can also get us out. Technology exists to not only track but to bring together our information and analyse it. Financial advice and education will get us only so far. The challenge for modern day tools like BudgetSimple is to create a deeper connection with consumers, engage them in a way that incentivises positive behavior changes.