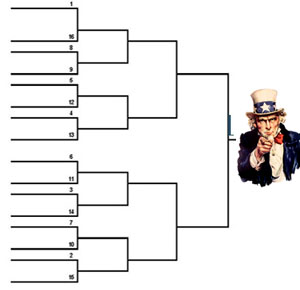 Well it’s almost time for you to file your taxes, you did remember to do so right? Something I’ve found a lot of people have confusion around is the concept of tax brackets. Most people understand that tax brackets mean the more money you make, the more taxes you pay, since we have a progressive tax system.

What a lot of people don’t seem to understand is that you only pay the rate for dollars that are above that amount. In other words, just because you made enough money to be “in the next tax bracket”, it doesn’t mean that suddenly all of your dollars are taxed at a higher rate. If that were true, someone making $35,000 would net more income after taxes then someone making $37,000.

So don’t be afraid of higher tax brackets! There is more complication to what you get out of your paycheck, such as Social Security tax that we’ll get into at some other point.