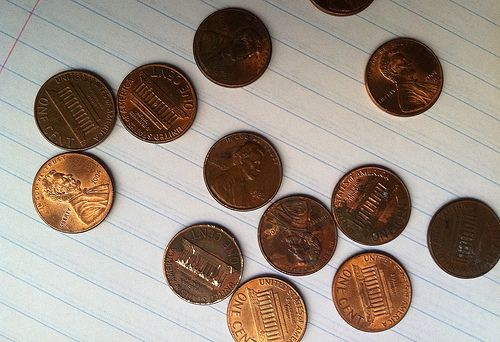 What you see isn’t always what you get, and sometimes that’s a good thing. I’m a firm believer that almost any price can be negotiated, and that you won’t know what you can get until you ask. The worst thing anyone can say to you is no, so give it a shot! I’ve found the most success negotiating costs for some of the things listed below. Happy haggling!

Car insurance. I was so excited to start driving when I turned 16, and I was even more thrilled when I bought my first car in college. The not-so-fun part? The costs that come along with it. Not only are you paying for fuel and maintenance, but you also need insurance coverage. The silver lining? This is where you can save a little! I was pretty naive when it came to this, but have since learned my lesson. I had decent rates and coverage under my parents’ plan, so I stuck with that provider when I ventured out on my own. I changed jobs and moved over the years, but I never even considered updating some of these points with my insurance company (our apartment isn’t our “forever” home, so I figured why bother). I only discovered how much I was overpaying after I got married and started looking into combining our policies. Just by updating my address (going from a 30-40 minute commute to work to 10) dropped my costs by a few hundred dollars per year. Adding on my husband would create even more savings, reducing our combined monthly payment by about $50. But wait — was that really the best I could do? After comparing quotes from a few provider’s, we found one that offered us the most competitive rate, beating all of the others by about $15 per month. It’s always best to shop around to be sure you’re getting the best offer. For even more savings, consider raising your deductible a bit, or opt to pay quarterly (or even yearly!) instead of monthly.

Cable and internet. I know, I know, the number one thing smart budgeters eliminate is cable, but I can’t bear to part with bad reality television and my DVR . Since I refuse to part ways with my little bad habit, I allocate for the cost every month, but I try to make sure I’m getting the best deal I can. When I moved into my apartment, I got a promotional rate on a very basic cable and internet package which seemed reasonably priced. After six months, that rate went up by about $30. I was not a happy camper, but it seemed comparable to what everyone else I knew was paying. A year later and it went up another $25, and I decided I had enough. My service hadn’t changed, so why did the cost? I looked into what others were paying for the same services, and what other providers were offering. Once I found someone that offered the same price as my original rate, I called the cable company and told them I was prepared to terminate my account unless they could match it. Sure enough – they did! They gave me back my original “promo rate” and guaranteed it for the next year, when it would once again increase. However, they invited me to call again then and they would once again reduce my rate. I have no idea why they do this, and it seems a bit aggravating, but I’m still paying my original rate, which fit well into my budget.

Retail items (things like clothing, electronics, & furniture). Some people hesitate to negotiate prices in major stores, but it’s doable in certain situations, especially when it comes to big-ticket items like televisions, washers/dryers, and furniture. The most common deal I’ve come across is a discount for buying a bunch of things at once (i.e. we bought our bedroom set and dining room set from the same store when we moved in together and saved a few hundred bucks as a perk for all of the business they got from us). In the market for a new large appliance? Ask if they can give you the floor model or a scratch-and-dent for a discounted price (providing it’s still functional, obviously). I even got a discount on my wedding dress since we bought all of our bridesmaid dresses from the same shop! Ask if there are any additional deals they can offer you, and you could save yourself some major cash.