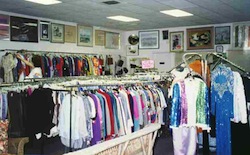 Buying everything new is something relatively new to this world. Thanks to globalization, we can buy a brand new shirt from Target for $5. Now that we don’t have to sew it by hand, this has gotten us used to buying new as the default.

What if you were to buy used by default? The idea seems gross to some, but it’s how things were done for many years, and it’s a great way to have high quality goods and save money for other things. Here are some things that work great (and are sometimes even better) used.

Once you embrace the “used first” philosophy your friends will wonder why you suddenly have nicer goods and more money. Don’t tell them our little secret!